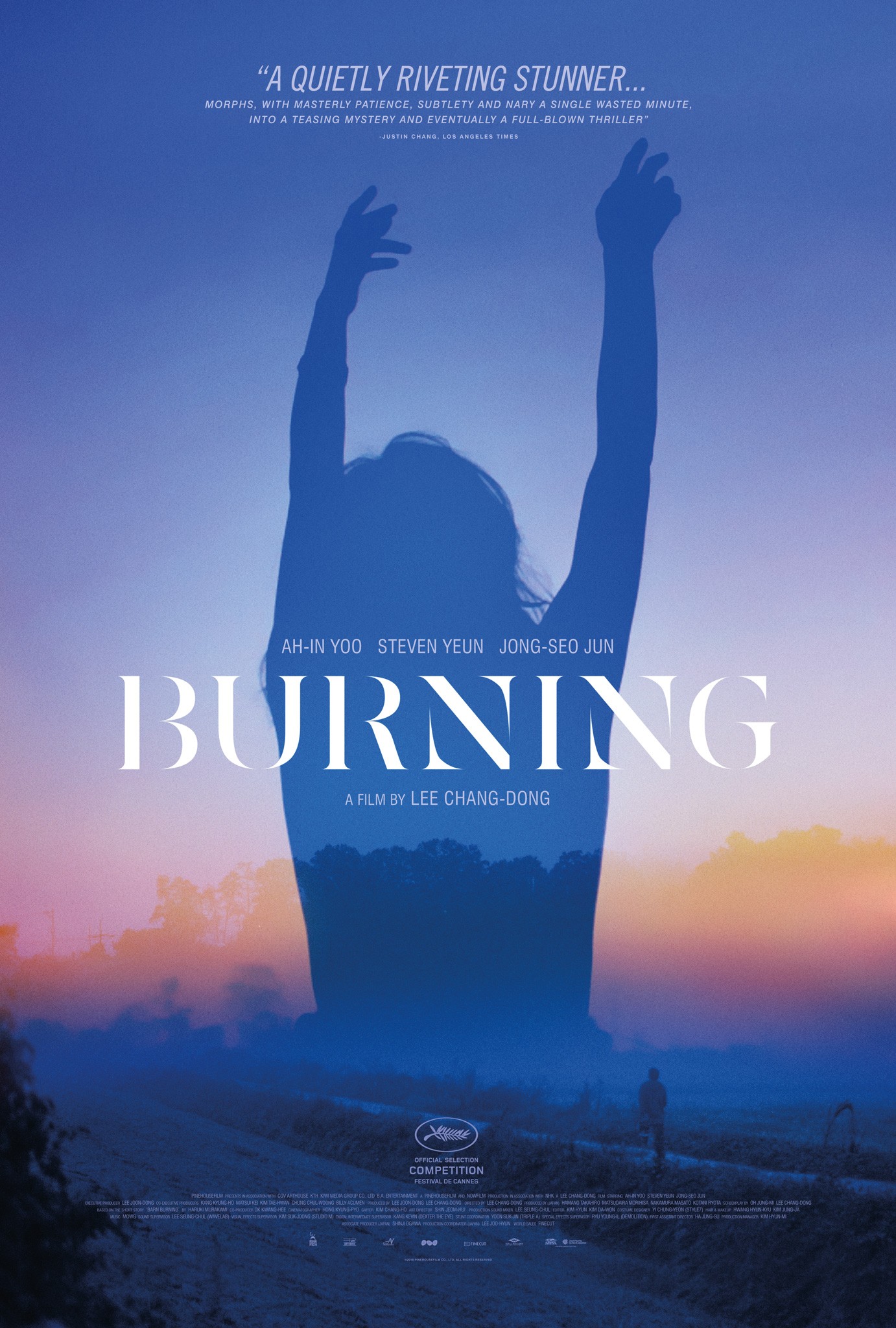 The geometry of yearning is elegantly plotted in Burning, a sensuous, complex, metaphysical thriller. While it is sometimes food for which the three central roles are hungry — the protagonist, at least, seems always to be eating — it is the lust for perverse gratification, for truth, intimacy, the meaning of life, and indeed living itself, that permeates the story. As one of the parts recounts a childhood incident of having fallen into a village dry-well, and looking up from its base, she alludes that her desires were reduced to a mere circle of the sky.

Burning is the sixth feature movie from the celebrated Korean director, Lee Chang-dong. An award-winning filmmaker, Lee is distinguished by works that dwell on mystery, on ambiguity, and the multiple layers of nuances beneath the surface-drama. People are not whom they appear to be; their assertions cannot be corroborated; or, what they say do not make apparent sense. As such, you find yourself grappling with the unreliability of characters, their perception of scenes, your own interpretation of events.

Burning is just such an epitome of Lee’s talent. While working odd-jobs in Seoul, Jongsu (Yoo Ah-in), a recent graduate and aspiring novelist, bumps into a neighbour of his boyhood, Haemi (Jeon Jong-seo). The pair spend the day together, and come to be quickly familiar. When the young woman entrusts him with the task of feeding her cat during a planned-trip to Africa, Jongsu looks forward to a prospective romantic relationship.

Only, the object of his longing will return with a wealthy, suave, Gatsby-esque stranger, Ben (Steven Yeun ). Awkwardly, the trio begin an unlikely friendship, in which the love-sick writer becomes more and more suspicious of his rival’s motivations towards Haemi.

At times, the two-and-a-half hour film feels a little drawn-out. Yet, in my post-movie reflections, I keep finding something new to admire, to contemplate, and question. Cryptic revelations and anecdotes may themselves be alarming, but the way they serve as metaphors is what makes Burning’s power grow and grow. Ben confides in Jongsu about a secret passion, but despite his frantic quest Jongsu fails to find evidence of the act. Or, does he? — and why does Jongsu dream that his much-younger self had been a stunned witness? How also does Haemi’s disappearance make him feel? And what is the true relationship between the two men?

Lee relishes the photography of contrasts: the bucolic and the city, affluence and poverty, innocence and ugliness. In none more so are these contrasts more manifest than one memorable scene where, under the influence of pot, Haemi launches into a semi-nude dance, that gives full expression to her deepest yearning for life’s significance, shot within a frame filled with an arrestingly beautiful sunset and unremitting lies.

At face value, Burning is about one man’s vengeance for the woman he loves. Thing is, countless possibilities float in. For more occasions than I can remember, I wondered if the entire show was taking place in Jongsu’s mind, if he and Ben are two sides of the same person, or whether it was his novel unfolding on the screen.

Now? Suffice to say I am convinced Lee has skewered us exquisitely with his story strategem: a philosophical yarn in which our identification with Jongsu turns out to be as illuminating as the circle of sky from the bottom of the well.